"I am out of meth and need to buy some from your downstairs neighbor."

Psst....I think we have drug dealers living below us. Can I say that? Will I get shot?

The apartment below us has always been a magnet for odd characters. When we first moved in there were some pretty normalish 20somethingish boys living there. We only saw this one dude that was staying with them. I spent a few nights smoking on the porch with him. He was a real talker-- which is always good for me. I enjoy observing people, especially talkers who are basically giving themselves psychotherapy- working out issues. One evening, I came out for a cigarette and must have fallen asleep on the porch. I woke up with him quietly awaking me- "Jeremy, time for bed."

He was staying with them for awhile until he could find a job and move out on his own. I did give him some job hints- staffing agencies that I have worked for. He would take the number but I knew that there was not a chance in hell that he was going to call. He ended up working for a cell phone store. He was one of those guys who work in cell phone stores. A strange breed. Jittery young men REALLY trying to sell and do a good job. With their shirts partially untucked- wearing sneakers. Former Little Ceasers guys really wanting to turn a new leaf and become men. Get their lives together.

Then there were some dude with a kid. I think he was middle eastern. The story we cobbled together was that he was recently divorced. His daughter was dropped off on the weekends. With her Dora the Explorer luggage on wheels. I wasn't sure if he was selling drugs or just doing them. But I got that vibe from him. I don't think he was working. Drug fueled weeks of laying around in a garden apartment falling into a pit of filth and drugs and then spending the weekend with an adorable daughter. Could be worse I guess.

Then some bitchy bitchy lady moved in downstairs. I don't think she was up to anything. But she was always on her cell phone when she exploded out of the apartment door. Really ripping into someone. Lots of anger and disagreement and yelling into her cell phone. Never said hello to me. One time I think she said "Jesus Christ" directed at me. Maybe a cigarette butt had fallen through the slats from my porch to her cement back door entrance. But I TOTALLY got her. Understood the frustration and ridiculousness of it all.

The new person that moved in is clearly selling drugs. The door buzzed a few weeks ago and I answered it- staticy garbled girl freaking out on the other end of the intercom. I did not let her in. Locked in the vestibule, the glass lobby door separating us.

"I'm supposed to see an apartment," she yelled through the door, twitching and very nervous. I translated this as, "I am out of meth and need to buy some from your downstairs neighbor." She must have found the right apartment. Later I was on the porch and she and alleged drug dealer came out. The drug dealer informed her, "This neighborhood is very quiet- you need to come to the back door."

Since then, there have been random nervous people waiting outside the back door as I smoke my cigarettes and judge. Seeing me, they walk away and pretend to just be enjoying the sights of our filthy alley. Just taking a Sunday stroll by the dumpsters. Cars pulling up, leaving quickly.

My prediction is that this won't last long. The garden apartment people seem to come and go.

My thoughts are- whatever gets you through the night. Like the lady screaming into her cellphone- life can be real hard. Hopefully the drug dealers and drug takers are finding some peace and relief in their pursuits. Whatever the sacrifice. I wish them well on their journeys and hope they can get to a good place.

I just don't want to be shot.

Posted by Jeremy at 8:12 AM No comments: 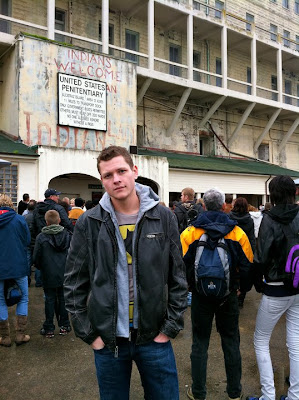 Tell me about your trip to Amsterdam.
Originally, I was going to Italy as a gift from my grandmother for graduating SFSU.  I had the flight booked two weeks prior to meeting up with her and went to Amsterdam and Berlin with my partner. We lucked out and arrived the weekend of Amsterdam Pride.  It was a beautiful city to visit and great coffee.

You mentioned that you wouldn't mind moving to Chicago- what is it about Chicago that you liked that much? As opposed to San Francisco
SF is great, but I would consider moving to Chicago at least for school.  The city is part inspiration for Nolan's Gotham City, so how can you go wrong with that.

I am 37 you are twentysomething. Tell me about where you see yourself at 37.
At 37, I see myself being a successful attorney at a law firm specializing in media/entertainment and/or first amendment law.  I'd like to own a car, property, and a puppy or two.

You were 1st Runner-up for Mr. RentBoy SF 2013! How did you feel that you won? What did that mean to you?
Didn't think I'd make it past the first round of eliminations, so was quite surprised.

How does your family feel about your job? Tell me about them if you want to.
They actually found out by an ex.  He had decided to call and let them know after we had broken up and I had moved out.  My family is and has always been supportive of me.

What was your first film? Tell me about that experience.
I don't remember the name of it, but remember it was group j/o scene and very uncomfortable at first.  I did meet my partner at a shoot, and do remember that one quite well.  He lived in Walnut Creek at the time, and I walked him to the BART after we finished.

I feel like there are such generational differences between gay men. I feel like maybe the coming out process is quicker, with a little less of the self loathing and depression than in my generation. Do you feel there are major generational differences between you and older gay men? I don't know I feel like Liberace and you feel like Matt Damon to me. Thoughts?
I definitely feel that the coming out process is easier than prior generations, but I'm sure the self loathing and depression you mention existed in both.  Social media has had a major impact on promoting the acceptance of the LGBT community, but I think there are certain setbacks.  Every aspect of a teen's life is now documented and broadcast instantaneously, opening them up to continual criticism and potentially harassment.

What was it like growing up in Las Vega$?
It sucked!...When I grew up there , all you could do was drink and gamble, which obviously wasn't an option as a minor.  Thankfully, I had a good group of friends to hang out with and drive around blasting 80s music.

Do you think it would be a good vacation for a gay couple one of whom (not me) is very against the idea and thinks that we shouldn't go there if we don't have a lot of money? But I just want to go back to an old seventies hotel like the Riviera and be Sharon Stone in Casino. Walk around and smell the sin and money and cigarette smoke in the air. Get a free cranberry and vodka and play the nickel slots-- THATS ALL I WANT BLUE!!!!!
You'd have to plan it during a gay holiday.  National Coming Out Day was the most busiest.  The porn convention used to bring in a ton of gays, but it focuses almost enitrely on the straight side now.

What value meal do you order at McDonalds?
I'm more of an In-n-Out...and in again...guy.  Double double protein style and animal fries.  Read into that as much as you'd like :)

What is on your Amazon wish list? Or what do you want to buy?
Alfred Hitchcock: The Masterpiece Collection on Blu Ray...and the Adam West Batman Series on Blu Ray if they ever get a release date for it.

I see you went to Madonna's MDNA concert- what did you think? Huge Madonna fan here.
it was a really good show, and I'm glad I got to see her once.  Wish I would've made it to the confessions tour though.  Not rushing to pay her ticket prices again anytime soon, but I'd certainly shell out the money to see Kylie, Muse, or GaGa.

Do you want kids?
Nope, but I do want a few puppies.

Did you enjoy high school? Did you play sports? Any other activities?
I was the fat kid in high school and could not wait to get the fuck out.  Didn't play any sports and used band and ROTC to get out of PE. 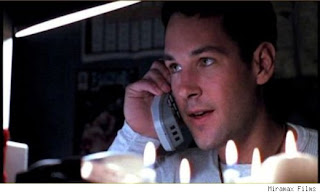 What is your typical daily routine?
Wake up as late as my schedule will allow, work then gym or the reverse, home, BF time or solo time if he's out


Have you met any celebrities who knew you from your work? Who? Did you sleep with them?

Nope, but Andy Cohen can come get it anytime. 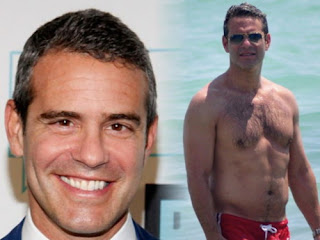 Tell me a favorite "Jewish saying" Is that a thing? Or some words of wisdom you try to live by.
Shabat Shalom, MotherFucker! 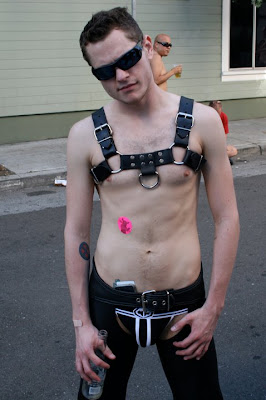 
I want to experience Chicago as I did when I first came here in my early twenties. I used to visit my good friend in a Bronco II that my dad bought for $500. I was supposed to move in with Hillary but chickened out at the last minute.

I would come to her apartment with Tidy Cat box of videotapes that I anticipated us all watching- Bette Midler concerts, Absolutely Fabulous episodes, 90's indie gay movies. I never travelled anywhere without my VHS's.

Summer in the city for a suburban gay twentysomething boy was like Disneyland. If only I could be that skinny again with bleach blonde hair. Thrift store clothes. Full of horniness and not understanding how to harness it. Awkward at every level.

I had anxiety and depression then. As I do now. I must be blocking that out now- because all I can remember is the heat and the no air conditioning. Drinking deliciously excessively and able to withstand it. To get sloppy sexy hilariously drunk. We had naked parties. We would have a whole party where everyone would get naked. It's amazing how fast the self consioucness of being naked melts away, when you realize that everyone is the same. Everyones bodies have weird issues.