Here is a photo series of men commuting in Chicago. 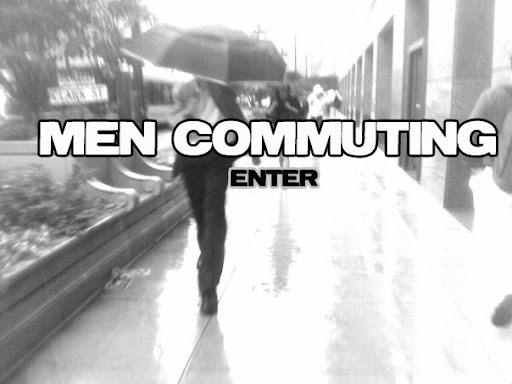 Posted by Jeremy at 1:51 PM No comments:

Am I A Democrat?

Recently, at a potluck, I was asked if I watched Sarah Palin's speech. I said that I hadn't. I did turn on the RNC for a second and saw a bunch of white people yelling and screaming, congratulating each other for something. Was it the war? Or I'm sorry- The surge? The surge worked, right? It must have been the surge. Or...the economy? Because it's getting better! Or the continued fight for the preservation of traditional family values? The new "Life Happens" values? I'm still not sure. Anyway, they were all very very happy. It frightened me.

"Oh, you're a Democrat?" this person said.

I was so offended! I've never had this feeling before, but I really wanted to turn around and look to see if this person was actually asking me this question. I couldn't believe what I was hearing. I forget that not everyone knows automatically that I am gay. I am. I'm gay. I know that being gay doesn't automatically equal me being a Democrat. I could be a Log Cabin Republican. But I think I danced out most of my sexual shame and internalized homophobia listening to a remix of "Xanadu" in 1999 at Roscoe's So, no, I'm not a Log Cabin Republican either.

Eckhart Tolle wrote in his book "The Power Of Now" about people who are on the outside and how they view the world. Women, Disabled people, racial or ethnic minorities, gender and sexual minorities have a view of the world that is different from anyone in the majority. He says enlightened. I'm gonna say different. So with this different view the minority sees that if you are not in the majority- you are excluded. That's what I saw in that convention hall, exclusion and ignorance.

So yes, I am a Democrat. Because, among a myriad of other reasons, I see people excluded from things on the basis of who they are. Subtly and quietly erased.

And now, predictably, I point you to an excerpt from Madonna's "controversial" video interlude at her concert. I got chills listening to the cheer at seeing Obama's picture.