the lady of the hour

Crazy lady livin' up there in Alaska. Former head of the Christian Athletes! A former sports anchor! A member of Feminists for Life (what a snappy contradiction). With her cute little glasses on. Can we just have her be president? I'm supposed to hate her but I love her. I am playing right into to his cold white hands.

Standing before all those sexy rugged men in Alaska her boots on, hand over her heart. I am really getting wrapped up in a snow covered lesbian Christian Republican fantasy. Someone better talk me down. The next four years could be a Republican Alaskan Christmastime! I'm thinking I could really give it all up to the corporations and the military. Screw Change and health care. I want the Karen Walker hair and glossy lips. I'll eat canned chicken.

Roseanne Barr said, "The one who cares the most wins...That's how I knew I'd be the last person standing when it was all over...I cared the most."

The one who cares the most, good or bad, will win. I vow to stop trying to control the election with my mind.
Posted by Jeremy at 10:41 AM No comments:

Email ThisBlogThis!Share to TwitterShare to FacebookShare to Pinterest
Labels: politics

give us more to see 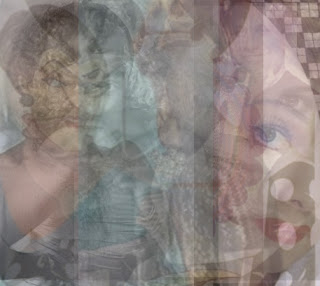 "Art is the mirror, perhaps the only one, in which we can see our true collective face. We must honor its sacred function. We must let art help us."
-Alice Walker, The Same River Twice
Posted by Jeremy at 10:43 PM No comments:

Email ThisBlogThis!Share to TwitterShare to FacebookShare to Pinterest
Labels: art, art i made

I applaud this lady for keeping her tinfoil hat on while the rest of us sleep. She's keeping an eye on things for us. It's a dirty job but someone has to do it. I can also relate to the sheer anxiety she feels. Turning something as beautiful as a sprinkler rainbow into a government conspiracy is a gift, I believe, I also possess.

I hope she can let it go. I hope she is able to sleep at night without dreams of death rainbows.

I just got back from Walgreen's. I bought my weekend essentials: coffee, coke and cigarettes. I also purchased an antidote for all the weekend fun, Prilosec. Another thirty two year old man might be purchasing a case of beer at 1:00 on a Saturday. I'm purchasing over the counter stimulants.

My world view is limited currently. The trek to Walgreens is about as adventurous as it gets for me on a temp salary. While Kara plans a trip to the moon with her mother, I'm keeping it real in the 60640. I don't need a fancy trip or a case of beer. I don't need another hero. Someday I will see life beyond my internal thunderdome. Right now it's black coffee and cigarettes and a Cliff bar (A leftover purchase from last weekend, good choice!).

No drama at Walgreen's, or on the trip there. Passing the weekend edition of the RedEye in my hallway was a bit depressing. It should have had a story about Joe Biden, Obama's pick for VP, but instead the cover story is something about "Do It Yourself Brides." Get it together RedEye. I wanted my sexy enthusiastic RedEye editors staying up late waiting for that text message like the rest of us. But no, they cashed in their chips early, "Stick with the DIY Bride story!" Then they got in their ZipCars and drove out to the suburbs for BBQs.

Joe Biden (is that even what is name is?) looks to me like a villain mayor of Gotham city from a pre-Ledger Batman movie. Oh! We're doomed. We really are. I mean I will be waving my big O flag from now until November but I fear it's a lost cause. The machine (the same one that makes the rainbow sprinklers) is going to steamroll it all to shit. I really wanted the VP text message to look like this:

Or RuPaul or Traci Lords, I don't care. Shake it up! If I have to listen to one more old white man talk I'm gonna turn into an old white man. Again, in the words of Anna Nicole Smith, "I know nothing about nothing. Oh Yes, Oh Yes."
Posted by Jeremy at 6:15 PM No comments:

Email ThisBlogThis!Share to TwitterShare to FacebookShare to Pinterest
Labels: politics

Blueberry Mini-Tarts and the Anti-Depressant Solution 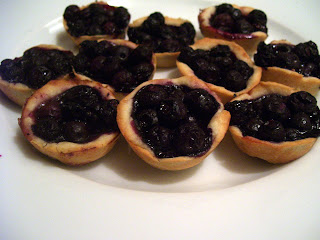 As a treat for a wonderful Sunday evening at Ravinia, I decided to make Martha Stewart's Blueberry Mini Tarts.

I am also reading and trying to follow The Antidepressant Solution. My experience has been very difficult.

The crust, if I am not mistaken, is a Pate Sucree meaning there is sugar in it. I like it much better than the Pate Brisee which has no sugar and is too floury tasting for my liking.
Posted by Jeremy at 2:32 PM No comments:

I had the honor of being Mr. D's (the creator of Bootleg Betty, best Bette Midler site ever) guest to see Bette Midler at the opening of "The Venue" at Hammond Indiana's Horseshoe Casino.

We were in the fourth row. The show was magical. Seeing Bette this close was an out of body experience for me. I have loved Bette Midler since I was 11 (see how i got the scar on my nose).

I think my generation knows Bette Midler as the star of "Down and Out and Beverly Hills," "Ruthless People," etc. For me, hearing Bette Midler sing, can be a metaphysical experience. I can't describe it. Words fail me. If you want to know more watch this clip and then go to Bootleg Betty. You have a lot to catch up on. Thank you Mr. D.